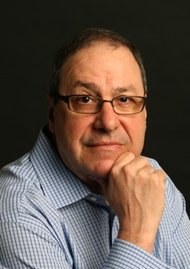 In the firestorm over Solyndra, three main criticisms have emerged.

The first is that Solyndra wasn’t ready for prime time and that the Department of Energy, which gave it a $535 million federally guaranteed loan, should have known as much. The second is that Solyndra used political influence to land a loan that was destined to blow up. And the third is that Solyndra’s bankruptcy case shows why government bureaucrats shouldn’t be picking technology winners and losers — or making risky investments that the private sector won’t.

I think we can now safely concede the first point. Although what sunk Solyndra was the unsustainably high price of its innovative solar panels, The Washington Post, The Los Angeles Times and Megan McArdle’s blog at The Atlantic’s Web site have all made a convincing case that, internally, the company was a mess.

The second argument, on the other hand, strikes me as utterly bogus. Yes, there are a few e-mails from inside the government that questioned the loan guarantee. And, yes, Solyndra hired — shocker! — lobbyists. But you can always find, after the fact, “bad documents” that can be twisted to make something innocent sound nefarious.

“I suspect that when all the information finally comes out, there will be very little that is scandalous,” said Jonathan Rothwell, who has studied the Solyndra case as a senior research analyst at the Brookings Institution. Although Republicans will surely try to keep Solyndra in the news until, oh, next November, the scandal will eventually evaporate because there is very little there.

The third criticism is the one that really matters: government “is a crappy vc,” as Obama’s former economic adviser, Larry Summers, put it in another embarrassing e-mail that was recently released as part of a Congressional investigation into Solyndra.