Source:  John Cook, Geekwire, August 2, 2010.  The venture capital totals may be falling, but Washington state is still a great place to start a new business.  Washington ranked second behind New York and ahead of Massachusetts, New Jersey, and Oregon. 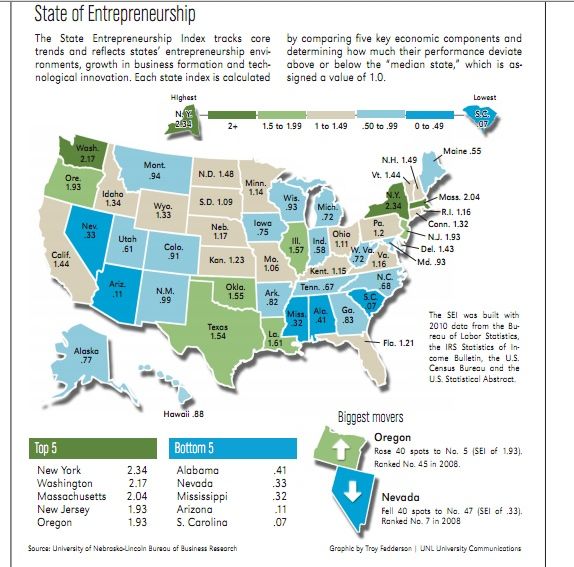 That’s the latest finding from the The State Entrepreneurial Index, which measures a state’s percentage growth and per capita growth in business establishments, its business formation rate, the number of patents per thousand residents and gross receipts of sole proprietorships/partnerships per capita.

According to the study, conducted by the University of Nebraska-Lincoln, Washington state ranked second in terms of entrepreneurship.