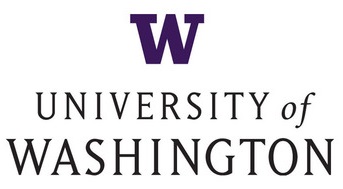 By Emily Parkhurst, Puget Sound Business JournalWhen Michael Young took the reins of Washington state's largest public university in 2011, he pledged to slash the red tape and spin out more companies than ever before from the University of Washington.Well, it's working. And now the school is getting recognized for it.The UW Center for Commercialization's business incubator, which it calls the New Ventures Facility, announced Tuesday that it has been awarded "emerging incubator of the year" in the 2014 University Business Incubators Global Index, a research initiative led by a study group based in Stockholm, Sweden.More than 300 university business incubators in 67 countries were included in this year's UBI list."In its short tenure, C4C has provided exceptional quality to its clients, produced growth companies and high economic impact for the region,” said Dhruv Bhatli, co-founder of the UBI Index, in a press release. “For these reasons it has been selected as the emerging business incubator of the year.”Business incubators like the C4C encourage researchers within the university to consider business applications for their research. It's a difficult thing to do, however, for a variety of reasons. Patents that are owned by the university must be licensed by the business once it's created, and researchers often look to give their discoveries away to the larger scientific community rather than keeping the information proprietary.But when companies spin out of university research, it often means that research gets into the public's hands faster. And it helps the larger business community. A great example? Snupi Technologies, which makes an in-home sensor, was started within UW and spun out. Earlier this year, the company raised $7.5 million and has a product called Wally on the market.UW's C4C had a record year this year: The department helped spin out 18 companies from university research, including a significant number of biotech companies. That's a larger number of companies than ever before.Meanwhile, the C4C is undergoing a leadership change at the top. Linden Rhoads, who led the department through its boom years, will step down. Vikram Jandhyala, a UW professor of engineering, will take over her duties in the new position of vice provost for innovation.