By TImothy Cama, originally published by The Hill 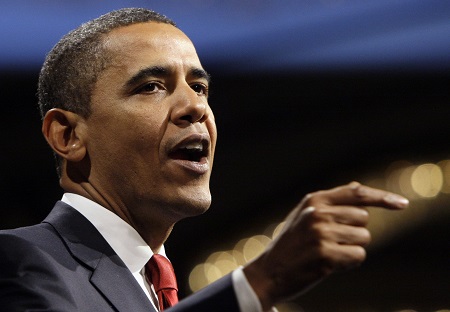 The Obama administration unveiled a slew of actions Thursday aimed at improving energy efficiency and increasing the use of solar power in homes and businesses, including $68 million in spending.

The White House said the actions would reduce carbon dioxide emissions by nearly 300 million metric tons by 2030, the equivalent of 60 million cars’ emissions in a year. They will also save $10 billion in energy costs.

The actions, together with commitments from states, communities, companies and others, are part of President Obama’s second-term push to reduce carbon emissions in an effort to mitigate climate change.

They follow other recent efforts to help the solar power industry, including a series ofannouncements in April to spur solar deployment, a White House-hosted summit on solar power and a May decision to install solar power panels on the White House.

The Department of Agriculture will spend $68 million on 540 renewable energy and energy-efficiency projects in rural areas, 240 of which are for solar power. Agriculture Secretary Tom Vilsack will announce the program, the White House said.

Veterans are also a target of Thursday's announcements. The Energy Department’s program to train technicians to design and install solar power infrastructure will open programs at up to three military bases this fall.

At the Department of Housing and Urban development, officials will seek to give a boost to renewable energy in affordable housing communities by clarifying that one of its funding programs for economic development can be used for clean energy and energy-efficiency projects.

The commitments from outside of the federal government to deploy solar power and improve efficiency “represent more than 35 megawatts of solar deployed — enough energy to power thousands of homes — as well as energy efficiency investments that will lower energy bills for more than 400 million square feet of buildings,” officials said.

Some of the commitments involve installing solar power in communities or at corporate buildings. 3M Co., Cisco Systems Inc. and Kimberly-Clark Corp. will give discounts to employees who buy solar equipment.