Washington Governor Jay Inslee visited Helion Energy’s headquarters today as part of his tour highlighting the solutions to climate change that are right here in the Seattle area. Gov Inslee has shown a tremendous interest and support of Cleantech businesses in Washington State in both his tenures as Representative and Governor.
Helion CEO David Kirtley walked the governor though the facilities and was joined by Helion Chief Scientist and UW Professor John Slough, and CTO Chris Pihl. Together they discussed the company’s current development efforts, the challenges they still have to overcome, and the part fusion energy will play in tackling climate change. Below, David describes the operation of this prototype, which generates fusion reactions by compressing and heating a deuterium gas to fusion temperatures and pressures. 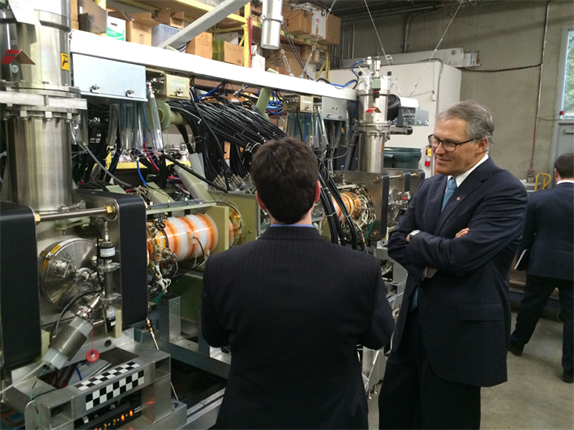 As part of the tour, Gov. Inslee created fusion with Helion’s 4th subscale prototype engine, generating fusion several times. Dr. George Votroubek, Helion’s Principle Scientist had the opportunity to describe the control and operation of the prototype. In the photograph below, George and the Governor activate the prototype from Helion’s control room. 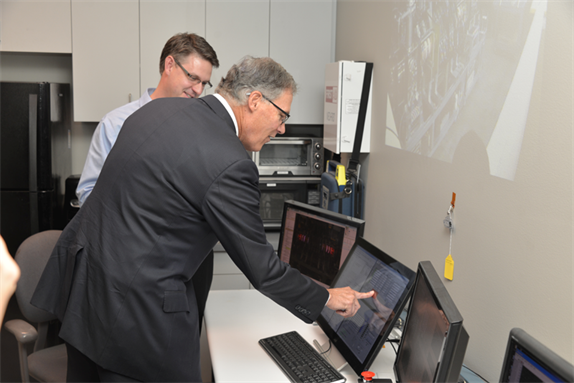 For more photos, head over to the Governor’s flickr page:
https://www.flickr.com/photos/govinslee/And for more information on Helion’s technology and the promise it has for generating low cost, carbon-free power please follow the links below.
http://spectrum.ieee.org/energywise/energy/nuclear/silicon-valley-goes-long-on-nuclear-fusionHelion’s Technology