The father of HaloPure’s drinking water technology  S.D. "Dave" Worley, was named this week as a “Fellow of the National Academy of Inventors.”   Dr. Worley is a scientific advisor to HaloSource as well as a professor emeritus of chemistry and biochemistry in the College of Sciences and Mathematics, will be inducted on March 20 during the NAI annual conference at the California Institute of Technology in Pasadena. John Weete, executive director of the Auburn Research and Technology Foundation and member of the NAI board of directors noted that Dr. Worley joins “…a very prestigious group of innovators that includes Nobel Laureates and science medal winners as new Fellows in the National Academy of Inventors." 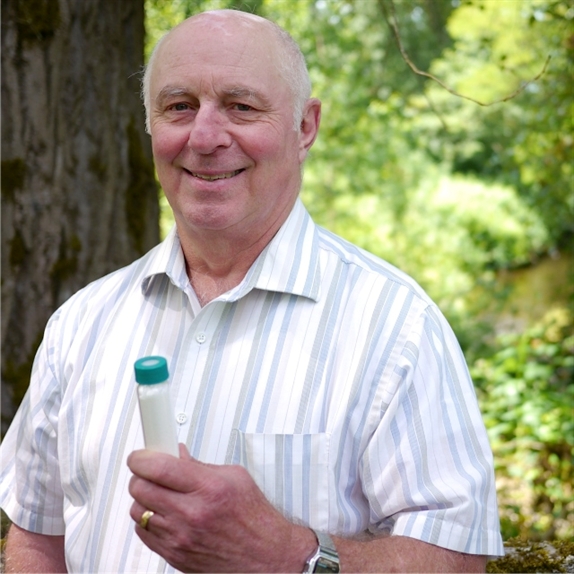 S.D. "Dave" Worley named a Fellow of the National Academy of Inventors

Worley's research is leading to safer drinking water in developing nations, using polystyrene beads that hold oxidative chlorine or bromine atoms, germ and bacteria killing agents, for long periods of time and can be easily refurbished – the result of Worley's N-halamine chemistry. He received 40 patents in the course of discovering this process, which has been commercialized by Seattle-based HaloSource Inc. His research also involves work to bridge the gap between high-vacuum surface science and industrial catalytic chemistry. The work has led to many publications in physical chemistry and surface science journals.  He earned a bachelor's degree in chemistry from Auburn in 1964 and a doctorate in chemistry from the University of Texas at Austin in 1969. He returned to Auburn as a faculty member in 1974. In 2006 he won Auburn's Creative Research and Scholarship Award.

Jan Dowdle Thornton, director of Auburn University's Office of Technology Transfer noted that Dr. Worley has been “…an influential teacher and mentor to students and postdoctoral fellows over the years, while achieving great success in their research and commercializing their results."

One student Dr. Worley influenced, is HaloSource’s chief scientist, Dr. Albert Chen who was his post-doctoral student beginning in October 2000. The journey to successful commercialization includes Dr. Worley company co-founder, Dr. Jeffrey Williams. One of the company’s partners that is bringing safe drinking water to millions through HaloPure cartridges in their drinking water devises is Perfect in China. Perfect explained that HaloPure’s world-class technology coupled with certifications from the US EPA, NSF, China Ministry of Health and Brazil’s INMETRO, was a perfect partner to bring safe clean drinking water to families across China.