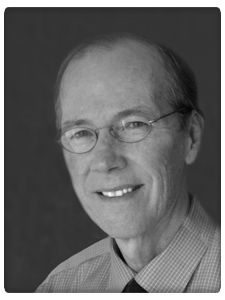 After spending over 25 years in energy and electric power finance, mostly in the U.S. but also in several other developed countries, where I was able to reduce carbon footprints by developing wind farms and solar farms, I recently had the opportunity to spend a year in West Africa advising the President and Energy Minister of a small country on expanding the nation’s power system.

Sierra Leone has about six million people and is about the size of South Carolina in land area. Less than 10% of the population is connected to a grid and the 90 megawatts of carbon inefficient generation that exists does not supply even those connected more than 50% of the hours of the year. Most of the population lives in tribal villages and their primary energy source is wood burning; not very carbon efficient. The only good news from an environmental point of view is that the nation does not use much energy; but that is also why there is so much suffering and low quality of life.

Electric power is essential to economic development. The country has a strong but unproductive labor force that desperately needs agribusiness and manufacturing for export in order to begin to create a middle class. A middle class cannot only improve social conditions, but can also afford cleaner energy like propane stoves and hydropower generation. The number one element of infrastructure that is missing to enable export manufacturing is electric power: without it, the labor force cannot be productive. Picture hundreds of people chipping rocks with hammers in order to make gravel for roads; a common scene. So there is a circular problem here that affects the world’s “Bottom Billion” (the world's poorest) not just the six million in Sierra Leone.

The general lesson from my year in Africa was: don’t look for perfect solutions.

An assumed perfect solution might be centralized grids powered by renewables. I spent a weekend in a tribal village where the chief proudly showed me the school building the village had built to teach the children to read and write. His only problem was school teachers, which would cost about $500 per month each (two were needed) that he could not afford. Plus, the teachers were so poorly trained that they would only be babysitters. If a one-time investment for a small off-grid solar system could be made, however, it could power 30 computers that could bring in the best interactive reading and writing instruction from around the world. Lack of literacy and numeracy is a huge problem, and teaching these kids to read and write would be a huge step toward creating a middle class.

True, investment would have to be made to upgrade internet access. But this is very doable, as, like other wireless services such as cell phones, it is now available in very remote areas of the country.

True, the solar panels would be expensive and subject to stealing. But in this highly sunlight-endowed country located near the equator, the capital costs on a per kilowatt hour basis can now be below 20 cents. The actual costs for the country’s current on-grid system is around 40 cents and only works 50% of the time. Also, while solar panels on individual rooftops can be stolen, village panels can be protected by the chief.

True, without energy storage, electricity would only be available during the daylight hours. But this is when the children would be available to learn, and also small inexpensive storage batteries could enable some general usage for lights at night.

The off-grid nature of this solution does not create permanent problems. Villages can develop small, low-voltage systems and eventually connect them with medium-voltage lines. As they do, the reliability of supply will increase because risk of outages can be shared. When centralized base-load, carbon-efficient generation becomes available, the distribution infrastructure will already be in place.

Waiting for the most carbon efficient centralized generation to provide power at all hours and the transmission lines to deliver them will be a long wait. With today’s technology, there are opportunities to leap-frog the grid, much like cell phones leap-frogged land lines. One doesn’t have to solve all the problems at once in order to make huge contributions to quality of life for the Bottom Billion, and at the same time, contribute to the planet’s environmental health.

Herb Hogue is a Partner at NextLevel, an executive services firm that builds enterprise value by offering dozens of vetted, proven senior operating and financial executives for interim, transitional or project assignment. He has over 25 years of domestic and international experience in electric power, energy development, financial services, software and real estate development.