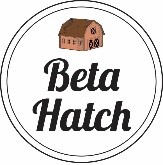 Dr. Virginia Emery, CEO of Beta Hatch, explained the rationale behind the company’s efforts to encourage the use of insects for animal feed at the 2017 CleanTech Innovation Showcase. Simply put, there are too many people, with the world population expected to hit nine billion by the year 2100. There is not enough food to feed everyone, particularly since about one-third of all crops goes to feed animals. In addition, a percentage of what is produced ends up spoiled due to inadequate infrastructure. There are also concerns about the increase in disease resistance to antibiotics as a result of overmedicating our livestock.

The solution: mealworms. Mealworms, as it turns out, are a kind of ideal crop. They can be grown year-round, anywhere. They require no water, and they can degrade toxins naturally. And although there are some risks or hurdles, such as high labor costs and government regulations, Beta Hatch is overcoming these and in the midst of a pilot-scale demonstration.

The company has developed a genetic platform and proprietary processes for feeding and managing the insects through automation. In addition, they have secured certification as an organic animal feed producer. As a result, their costs have been reduced by about 80%, and production has increased 100 fold. They have received $500,000 in grants, and now have about 25 million eggs on hand. They have also found an ancillary product: frass, or insect waste, which makes an excellent organic fertilizer.

The next step for the company is a demonstration-scale “farm” (actually a warehouse) with forklift capability, to reach bulk markets. Tests have shown that poultry and farmed fish do just as well on a diet of mealworms as they do on a more expensive diet of fishmeal, and poultry farms and aquaculture operations are their initial target markets. They eventually see an opportunity to license the growing function, and to ship eggs to facilities located next to or near the customer. They also hope to be able to locate their “farms” near low-cost electricity producers, and to sell waste heat as another by-product.

Insects are the protein of the future, says Dr. Emery, whose ultimate goal is to breed a bigger bug. Eventually, they will feed people.