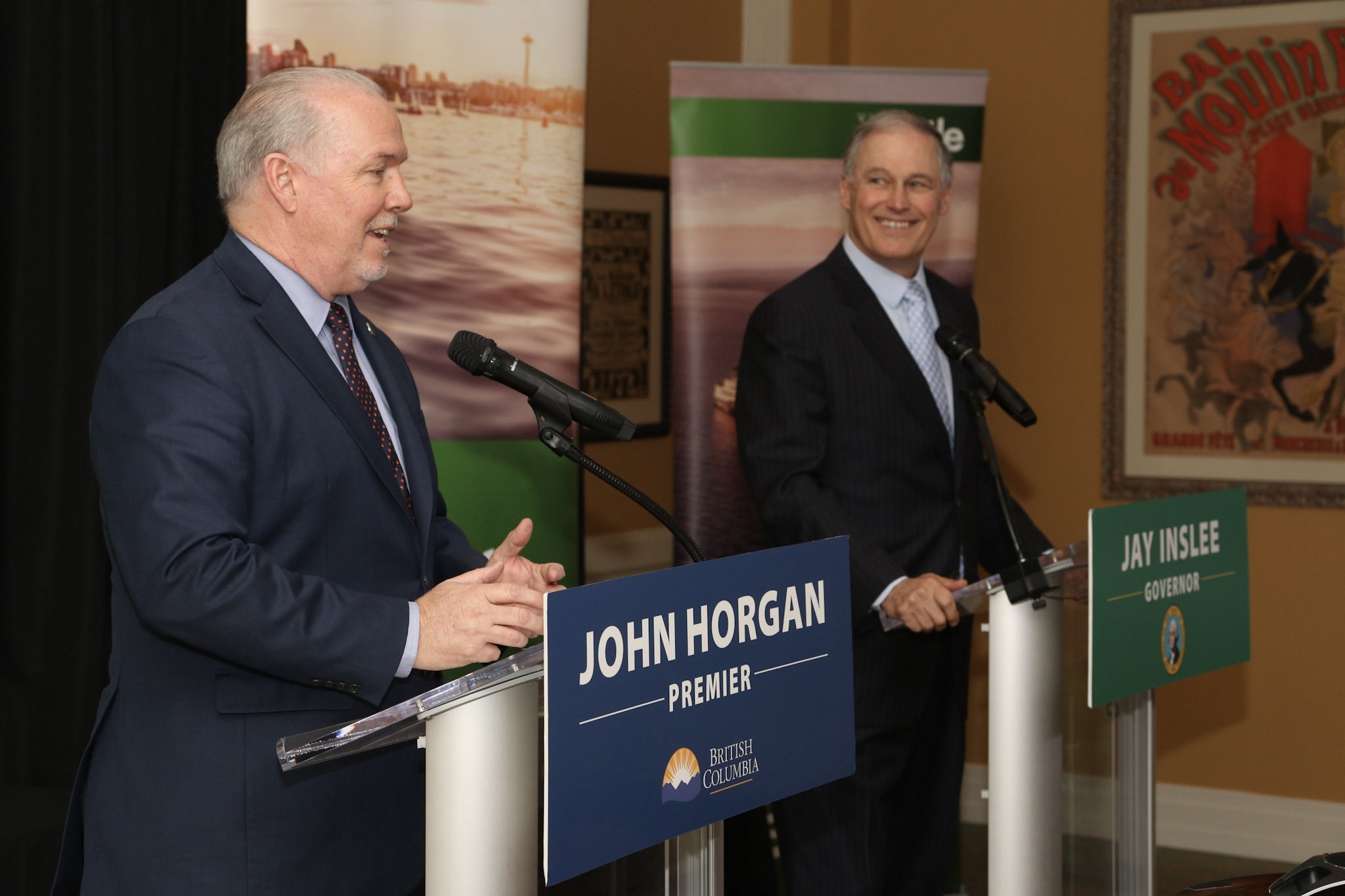 Photo credit: Office of the Premier

Gov. Jay Inslee and Premier John Horgan met this week to discuss regional issues and promote opportunities for collaboration between British Columbia and Washington state. The two leaders committed to act jointly to fight climate change and protect salmon and orcas in shared waters, increase connectivity and transportation links, grow the innovation economy and tech sector, grow mutually beneficial trade and create good jobs for people on both sides of the border.

Horgan’s visit included a conversation with Inslee before members of the Seattle Chamber of Commerce at the Rainier Club in Seattle on Thursday. Horgan also visited the University of Washington and Microsoft.

Inslee joined Horgan Friday in Olympia as he signed the Stepping Up Climate Ambition statement. The states of Washington and California, the Government of Canada and other governments and agencies from around the world have supported the statement, which emphasizes the need to increase ambition and strengthen efforts to tackle climate change. Inslee signed the statement in September.