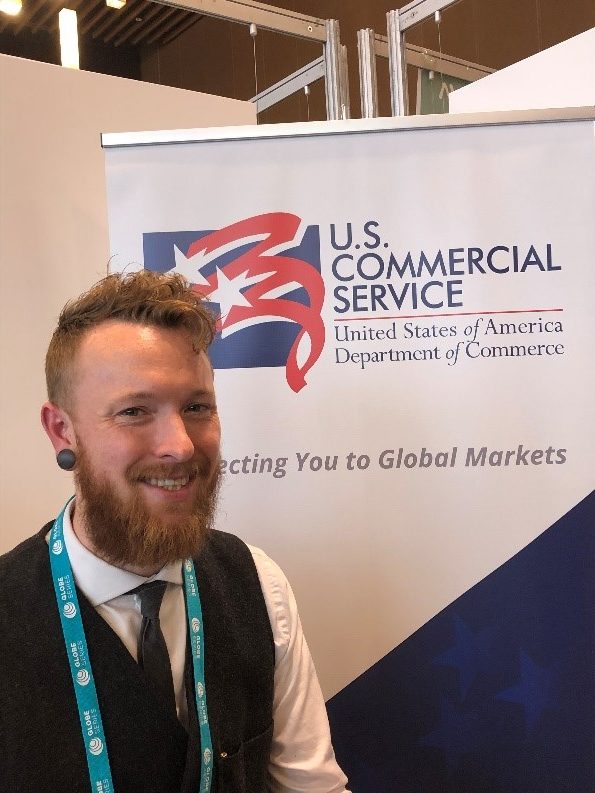 “I have nothing but good things to say about my time at GLOBE,” said Chris Hanson, the Chief Operating Officer of Sage Conservation and a member of the CleanTech Alliance.

Chris had a number of productive conversations at GLOBE and met with influential people in Canada to talk about integrating watershed management and using water to solve issues related to feed for livestock, among others. Chris organized a meetup about the nexus of water, food, and energy and had a much higher response rate than anticipated with 16 people responding and 6 ultimately joining him.

Chris also met with a gentleman who builds ships for the Canadian military and discussed how they can utilize more efficient water management on the ships.

Chris is excited by the idea of doing business in British Columbia and is looking forward to breaking into the Canadian market and expanding his horizons beyond the Western US thanks to the connections he made at GLOBE.

GLOBE is the largest and longest-running sustainable business summit and innovation expo in North America. Since 1990, 170,000 people from 97 countries have come to GLOBE to learn from industry leaders, marvel at cutting-edge technology and form long-lasting partnerships.