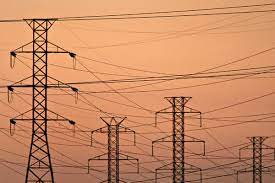 In June 2021, the Pacific Northwest suffered the worst heat wave in recorded history. Since record keeping began in 1894, only three days have ever recorded a temperature of over 100° F, but June 2021 had three consecutive days of temperatures over 100° F.

The heat also devastated the shellfish and aquaculture industry, killing hundreds of millions of mussels, clams and other marine animals, according to The New York Times.

Additionally, the Northwest saw hundreds of deaths from heat-related illness, with 107 in Oregon, 57 in Washington, and 486 in British Columbia, almost three times higher than expected.

The lack of air conditioning in the Northwest undoubtedly played a role in the increase in heat-related illnesses and deaths. According to a study by The Seattle Times, Seattle ranks last in the nation in its percentage of air-conditioned households, with Portland not far behind as the third least air conditioned city. Only 69.9 percent of homes have air conditioning in Portland, but this is still more than double Seattle’s 33.7 percent.

The heat also pushed the Northwest’s infrastructure to the brink. Portland was forced to suspend its streetcar service because the searing temperatures melted the line’s power cables and Bonneville Power Administration considered imposing rolling blackouts in Eastern Washington to relieve stress on its transmission system when a cold front made the planned outages unnecessary.

According to the US Energy Information Administration (EIA), weather-related grid outages are becoming the most numerous of all outages, which means that it is essential to strengthen our grid against extreme weather (see figure).

Fortunately, we have a wide variety of tools that can help us prepare our infrastructure for extreme weather events; it is just a matter of implementing them.

Pacific Northwest National Laboratory (PNNL) has a Dynamic Contingency Analysis Tool  that helps utilities anticipate and manage power and grid instability during extreme events, like mitigating wildfire threats to the grid. This enables operators to see and reinforce weak spots on the grid to stop cascading power losses or blackouts.

The Northwest’s extensive amount of hydropower is also a great resource for grid dispatchers because it can follow the short-term variations in load, helping with frequency and voltage support.

Some hydropower can store water for longer periods of time, allowing for daily or even seasonal storage, to use when it is most needed. The only limit is water availability.

Another tool is called Demand Response, in which large customers, like paper mills, agree to stop using power for a short time if the system is facing a sudden emergency, like an imminent cascading failure. In exchange, they get a reduction in the electricity rate for some time period.

Finally, grid-scale battery storage is going to be critical in the coming years as we transition our electric grid off fossil fuels and incorporate more renewables into the resource mix. When renewables account for more than 15 percent of total generation, problems with reliability occur, as there isn’t sufficient generation to back-up the grid when the weather causes renewables to stop producing.

Large-scale batteries, such as utility-scale battery storage, provide storage capacity that varies from several to hundreds of megawatt-hours. When coupled with renewable generators, these batteries deliver a greater power supply into the grid from renewables than can be obtained through excess power storage. They can also channel reliable and affordable electricity into isolated grids and provide power to communities that are off the grid.

From 500 Sunrise Movement activists rallying outside the White House to 41 big businesses calling on Congress to invest in clean infrastructure, the desire for a robust infrastructure package that addresses climate change has never been stronger.

Constituents who want to see grid modernization and climate action prioritized in future legislation should urge their local, state, and federal elected leaders to pass infrastructure bills, and tell them that the time to act on modernizing the grid and mitigating climate change is now.