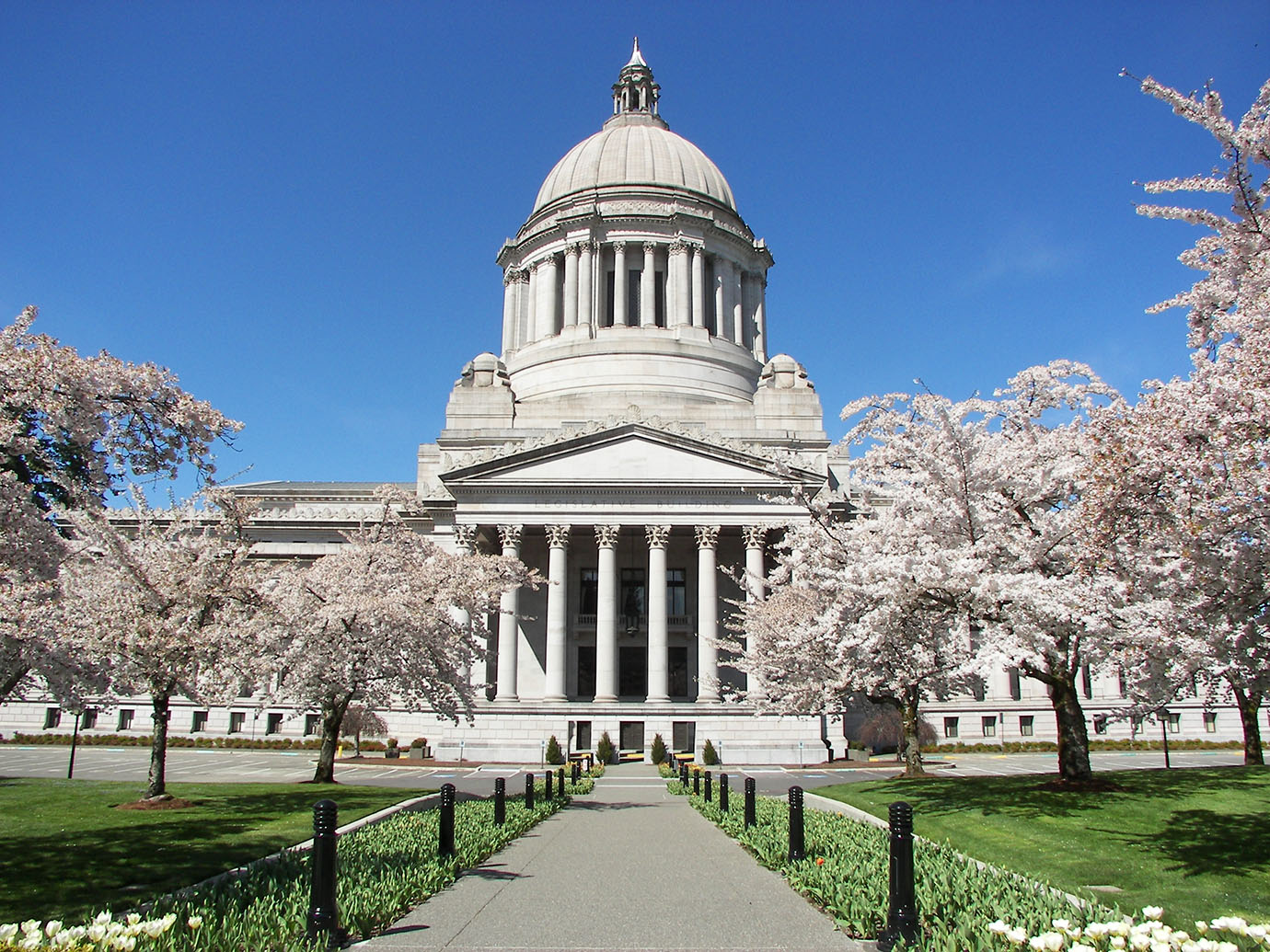 The results of Washington state’s primary elections are in! As a reminder, Washington is a top two state which means that the top two candidates in each race – regardless of party – advance to the general election in November.

Here are the updated 2022 Primary Election of key races:

Half of the Senate, 25 seats, are up for election this year. Democrats currently have a 28-21 lead in the Senate, meaning Republicans would need to flip 4 seats to take control. Below are four races that are considered 2022 swing districts meaning the vote could go either way.

This is a swing district and one of only three split districts in the state. The seat is currently held by Senator Emily Randall who is being challenged by Representative Jesse Young after her first term. This is an expensive race that both parties will continue to spend a lot of money on in the November election.

This has recently been a Democratic district however in the past it has been considered more of a swing district. The seat is currently held by Senator Claire Wilson; she is being challenged by former Rep. Linda Kochmar. Wilson’s numbers have gotten closer to 54% over the week so this race will still be worth watching during the November election.

This is a swing district and another one of only three split districts in the state. Senator Simon Sefzik was appointed to fill Senator Erickson’s seat last year. The Republican candidates continue to hold 53% of this district’s vote. This will continue to be a high-profile and expensive race through the General election.

This is traditionally a swing district. This is an open seat due to Senator Mona Das not seeking re-election after her first term. Despite Kaur being backed by the Senate D’s, Kauffman is ahead by 65 votes.

All members of the House of Republicans are up for re-elections. The Democrats currently have a 57-41 majority in the House, meaning that Republicans would need to flip 9 seats to take control and 8 to tie. Below are the most notable races to watch.

The 10th is a longtime swing district and one of only three districts with a split delegation. Both of the House races will be key for both parties

State Representative Pos. 1  – Gilday continues to trail Shavers in the primary however it is important to note that in 2020 Gilday was down by even more in the Primary and then went on to win in the General Election. This race will continue to key in the General Election with both sides spending a lot of money.

State Representative Pos. 2 – This will also be a competitive race going into the general election.

This is typically a Republican district however it has been identified as a swing district in the past. The district became a little bit more Republican through the redistricting process. The open seat being vacated by Vicki Kraft saw four filings, three Republicans and one Democrat.

State Representative Pos. 1 – Open Seat – There are still 30,000 estimated ballots on hand to count, but it looks like Terri Niles and Kevin Waters will continue on to the general race.

Typically, this is a Republican-leaning district. However, redistricting seems to have made this district more “purple” than it has been in past years. Both seats in the House are open meaning it is a battleground location for D’s and R’s this campaign season.

State Representative Pos. 2 – Open Seat – The R vote continues to be strong in this race holding 55.53% of the vote. Cheney currently holds 309 more votes than Ley.

This is a swing district with a high-profile Senate race. It is also one of only three districts in the state with a split delegation.

State Representative Pos. 1 – Open Seat – Incumbent Representative Jesse Young (R) is running for the Senate position which left this seat open. Since the last update, percentages have not changed by much. This will be a close and competitive race during the General.

State Representative Pos. 2 – Representative Michelle Caldier has continued to increase her lead over Matt Macklin. Caldier is currently about five-thousand votes ahead of Challenger Macklin.

This is a swing district currently represented by Democrats. Since the last report, Dan Bronoske has gained .17% of the vote, but he is expected to have a competitive and expensive campaign against Susanna Keilman before the November general election.

This is typically a Democrat leaning district.

State Representative Pos. 2 – Open Seat – This seat was left open as incumbent Jesse Johnson is running for the Senate spot. Reeves and Tagoai will advance to the General.

This is a swing district and one of only three districts in the state with a split delegation. Both House races are targets for both parties. Position 2 is open as Rep. Sharon Shewmake is running for Senate. Both House races in the 42 will be in play in the General.

State Representative Pos. 1 – Rep. Rule’s lead continues to decrease slightly. and the total R vote in that race increased. This will be another high-profile race to watch during the election.

State Representative Pos. 2 – Open Seat – This seat is open as Rep. Shewmake is running for Senate. Johnson and Timmons will advance to the General.

This is a swing district with an open Senate seat and one open House seat, making it a target district for both parties.

State Representative Pos. 2  – open seat  – This is one of the big surprises in the Primary. With the three R candidates splitting the vote two D’s will advance to the General in November.

This race has turned out to be one of the biggest surprises in the 2022 Primary Election. On Wednesday Incumbent Jamie Herrera Beutler conceded from the race meaning that Trump-backed candidate Joe Kent will advance to the Primary against Perez. Beutler faced scrutiny for her vote to impeach Trump. With Kent advancing to the General we expect that this race will now be a national target for the Democrats. This race will be very high-profile heading into the General Election.