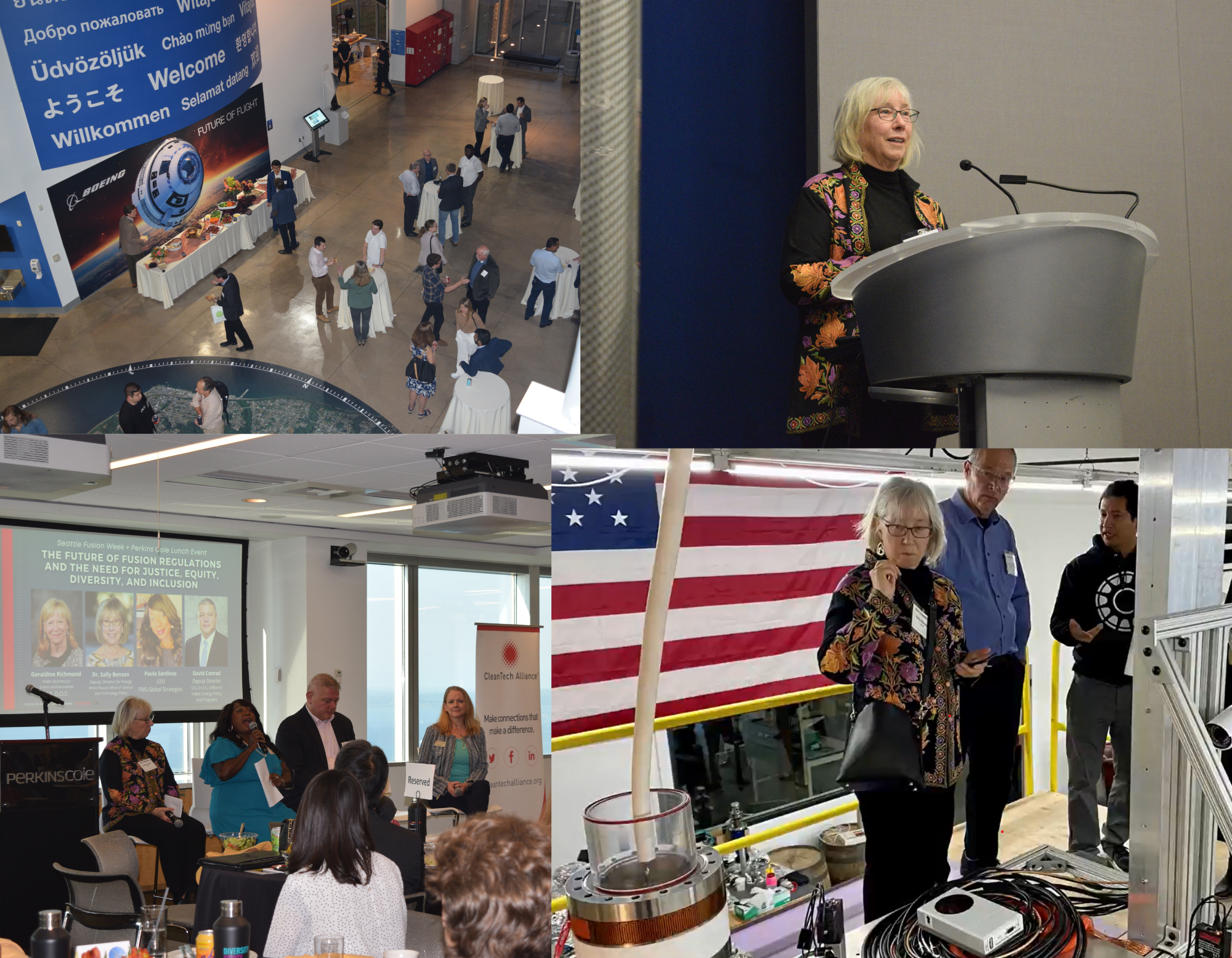 Seattle Fusion Week is an annual summit that aims to connect fusion energy companies in the Puget Sound area to elected officials, business leaders, research institutions, NGOs and more through a series of educational panels, lab site tours, and a networking reception.

This year, there were more than 100 attendees, including several elected representatives and government officials.

In addition to special remarks from the U.S. Department of Energy Under Secretary Geraldine Richmond, the event also featured remarks from White House Deputy Director for the Clean Energy Transition at the Office of Science and Technology Policy, Dr. Sally Benson and DOE Fusion Coordinator Scott Hsu.

Washington State Senator Reuven Carlyle moderated a panel about integrating fusion energy onto the electric grid and Senator Joe Nguyen was in attendance as well.

This increased level of interest in fusion energy, in conjunction with a recently announced $50 million fusion energy milestone program and March summit at the White House, show that government officials are ready to embrace the future of fusion as an on-demand, safe, abundant source of carbon-free energy with the potential to transform the way we generate and use energy.

Interested in learning more about fusion? Register now for the Technology Alliance’s December 14 Policy Summit, which will feature a session on fusion energy!

To learn more about Fusion Week and to find out how you can get involved for next year’s event, email lindsay@cleantechalliance.org.