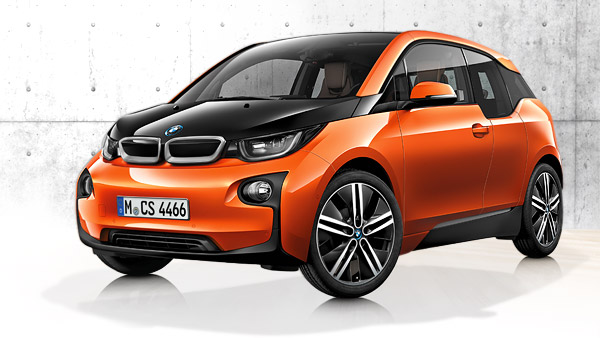 The system will debut in the BMW i3 (pictured) and i8 electric vehicles.

The INRIX Intermodal Navigation system, being unveiled here at the International CES tech show this week, is being touted as the first in-car service to incorporate local public transit options into route planning for drivers.

It directs drivers to the nearest bus stop or train station and even goes so far as to tell them how to walk the remaining distance to their destination from the bus or train, working in conjunction with a BMW mobile app.

The system could come in handy during periods of heavy traffic, but it’s no coincidence that it’s making its debut in electric vehicles — providing drivers who have “range anxiety” an alternative in situations where they’re concerned about making it to their destination on the car’s remaining charge. Technology from INRIX also can tell drivers whether they have enough charge to make it to their destination, and help them find the nearest charging station if they don’t.

INRIX, based in Kirkland, Wash., is debuting the intermodal technology in the BMW ConnectedDrive system in the BMW i3 and i8 vehicles, currently available in Europe and coming to North America this year. The technology could also be deployed in cars from other automakers in the future, said Jim Bak, a spokesman for INRIX.

Separately, the company is announcing a new set of technologies designed to better incorporate features from smartphone apps into the car dashboard or steering wheel buttons for safer driving. Dubbed “XD Connect,” the technology is being introduced in the INRIX Traffic app on Pioneer’s AppRadio 3 and Bosch SoftTec’s mySPIN smartphone integration for Jaguar Land Rover’s new InControl Apps service.