Not since the very first United Nations Climate Change Conference in 1995 has there been such widespread commitment to combat climate change from so many nations. Twenty years later, the world gathered in Paris to set a path to capping global temperature rise at 2°C or less. The outcome of those negotiations will have a very real impact on Washington State. 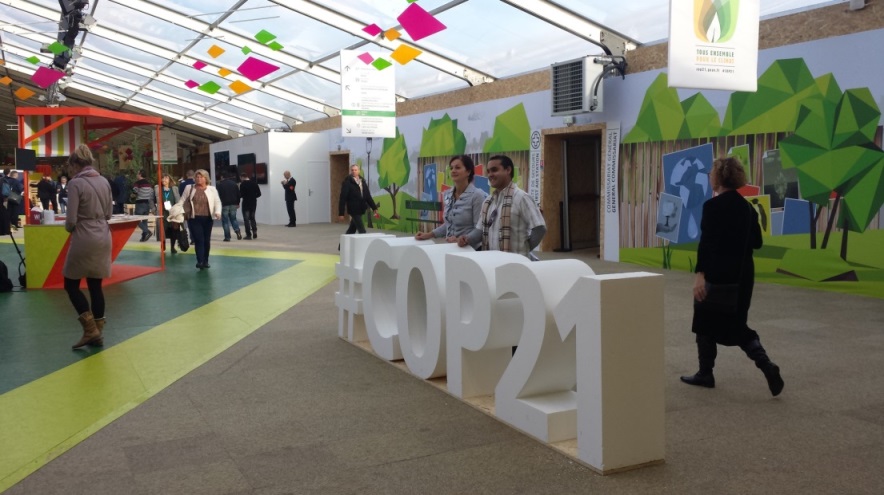 Global climate negotiations tend to generate a lot of tension and pessimism. The Copenhagen Summit serves as the poster child, fraught with disagreement and a sense that the end-goals overreached to a point that not everyone could commit or reach. That lasting impression lingered with the Copenhagen brand and crippled whatever results could actually be achieved.

The French government was very active in avoiding the same fate for the Paris Climate Agreement negotiations. Focusing on a temperature cap as the single goal could have been divisive. The negotiations started with a series of temperature goals. A 2°C cap was the final outcome, but many nations pushed for a 1.5°C target. Many island nations wanted pushed for a more aggressive 1°C target.

These conflicting targets threatened the integrity of the negotiations because even a .5°C difference changes the implementation game significantly. To counter, Paris used a bottom-up approach that provided all nations an equal platform to participate no matter their economic status. The single, clear and palpable mission was to create a treaty that all nations could endorse and execute to meet the larger goal.

Balancing carbon limits across developing nations was another challenge. There are currently 1.3 billion people around the world without access to electricity. More than 300 million of them are in India. The country is feverishly working to shrink that number through economic and infrastructure development, but it’s a balance. Committing too much to cutting carbon emissions could jeopardize economic growth and energy equity. Committing too little could jeopardize the Paris Climate Agreement and the 2°C target as a whole.

France’s diplomatic role and efforts cannot be overstated in creating an agreement that 196 nations would ultimately sign. The final Paris Climate Agreement prioritizes market mechanisms and trading options to reach the 2°C target. It also focused on individual country efforts instead of wide sweeping international efforts. By the close of negotiations, 190 nations submitted individual action plans.

It is important to note that the Paris Climate Agreement negotiations were both international and inter-generational. Younger generations were well represented amongst the 30,000 to 40,000 people taking part in the negotiations.

There is a natural tendency in any major initiative to ask “did we go far enough; could we have pushed harder.” We currently live and work in an economic system that has generated more wealth since the industrial revolution 200 years ago. Pivoting that system is not going to happen overnight. The Paris Climate Agreement recognizes that and sets realistic expectations to keep things moving forward.

The final Paris Climate Agreement stipulates that participating nations conduct a five year review process starting in 2020. The process reviews each country’s progress and discusses the 2°C target versus the latest science and technology available. The outcome is an adaptable agreement designed to get the most possible out of global climate action. 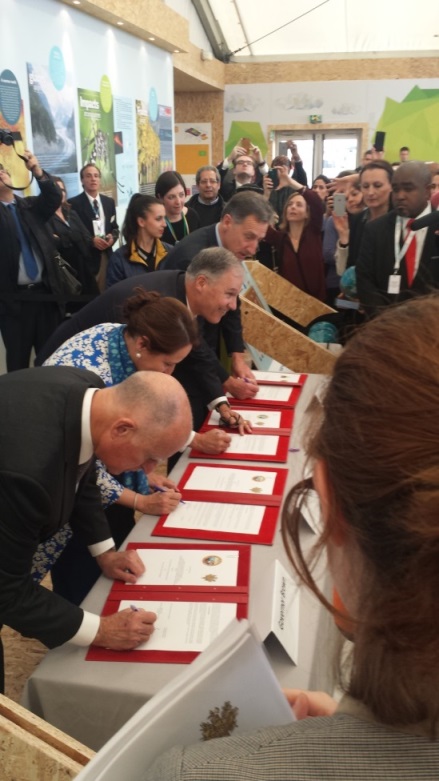 he international negotiations took main stage at the Paris climate negotiations, but many sub-national, state and regional agreements were also created. These agreements are smaller, but build up to play a major role in achieving the Paris Climate Agreement goals. The Compact of States and Regions, for example, represents more than 325 million people and commits all signatories to a single accountability and reporting system.

Smaller agreements also paved the way for the Governor’s Accord for a New Energy Future. The agreement is a multi-state accord to spur clean energy and grid modernization efforts across the country. Seventeen governors have signed the accord, including Governor Jay Inslee.

The private sector also played an active role with more than 50 corporations committing to a path toward 100% renewable operational power. Large banks like Wells Fargo and JPMorgan Chase are two examples. Several large coalitions were also created, including the Breakthrough Energy Coalition that includes Washington State business leaders and philanthropists like Bill Gates and Jeff Bezos.

These key sub-national and private sector agreements are critical for the 2°C target. As it stands, the Paris Climate Agreement would fall short even if 100 percent of all action plans were executed. Because of that, it is essential that additional agreements and action plans are created.

There is a sense across the globe that that there is real movement on the cleantech and clean energy front. Momentum is gathering no matter which direction you turn. But, what does that mean for Washington State? Are there opportunities for companies and organizations within our state?

The opportunity hinges on our industry staying engaged. On the global level, both developing and developed countries need new technologies, new financing models and new partnerships to explore and deploy clean technologies that will make their climate action plans achievable. There are multiple opportunities to take part in international trade delegations, including the pending Hannover Messe industrial trade fair in April. The Washington State Department of Commerce also offers multiple foreign direct investment and business development programs, along with service organizations like the Export Finance Assistance Center of Washington and Japan External Trade Organization (JETRO).

The Paris Climate Agreement truly is an opportunity for Washington State cleantech companies. To make the most of that opportunity, we must work together to build an ecosystem that ensures our state stays at the forefront of the global clean technology sector.