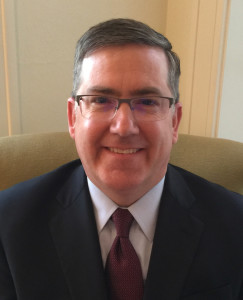 Kirk Schulz, president and professor of chemical engineering at Kansas State University, was unanimously selected today by the Washington State University Board of Regents as the university’s 11th president. One of three previously unidentified finalists for the post, Schulz confirmed his willingness to accept the presidency during a phone call with Regent Michael Worthy, chair of the presidential search committee.

“When we did the opportunities and challenges document laying out the characteristics Cougs said they wanted in a president, well (Schulz) has them all – leadership, commitment to academic quality, administrative skills to complete the strong trajectory WSU is on,” Worthy said after the phone call with Schulz. “He was very excited to accept our offer. It was clear he really wants to lead our university.”

Following Worthy’s report of their conversation, Regent’s Chair Ryan Durkan was given authorization by the board to negotiate the terms of Schulz’s employment with WSU, which must still be approved by the regents in an open meeting prior to becoming effective.

Once the hiring process is completed, Schulz will succeed former WSU President Elson S. Floyd, who served as WSU president for eight years and died last June following a months-long battle with cancer.

“President Schulz’s colleagues consistently praise his integrity, passion for the job, and belief in the transformative power of higher education,” Durkan said. “Those qualities, combined with his deep connection to students and commitment to the land-grant mission, make President Schulz the ideal choice to lead Washington State University into the future.”

WSU officials indicated planning is underway to fly Schulz to Washington state early next week for a series of “whistlestop” meetings in which the new president would be introduced to students, faculty staff and news media at each of WSU’s campuses. Details of those plans will be announced as they become available.

Schulz was selected as the 13th president of Kansas State University in February 2009 by the Kansas Board of Regents. He has been credited with spearheading visionary campus-wide goal-setting intended to move K-State forward to become recognized as a Top 50 public research university by 2025.  During his tenure, Kansas State University moved up from the “very high research activity” classification in 2010 to the “highest research activity” in 2015 in rankings by the Carnegie Foundation for the Advancement of Teaching. Schulz also holds the Kansas State University Leadership Professorship. In addition, he is the chair of the NCAA board of governors, the association’s highest-ranking decision-making body. As chair, he helps oversee issues across the association.

Under Schulz’s leadership, Kansas State University was selected a Friend of the Flint Hills by the Flint Hills Discovery Center Foundation in spring 2014. The award recognizes the university’s contributions to the Konza Prairie, one of the last remaining tallgrass prairies in North America. In 2015, he was recognized for his service and patriotism by the Topeka Military Order of World Wars.

Before his appointment as president, Schulz served as vice president for research and economic development, dean of engineering, and director of the Swalm School of Chemical Engineering at Mississippi State University. He has also served on the faculty at Michigan Technological University and the University of North Dakota.

He is active in the Boy Scouts of America and recently served as president of the Coronado Council. In 2013, he was recognized with the Distinguished Eagle Scout Award from the National Eagle Scout Association.