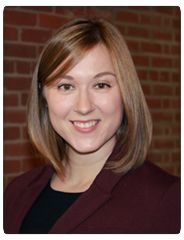 Dr. Johanna Wolfson impressed all during the closing keynote address at the 2017 CleanTech Innovation Showcase hosted by CleanTech Alliance. Director of the Technology-to-Market team at the Department of Energy’s (DOE) Office of Energy Efficiency and Renewable Energy (EERE), Dr. Wolfson exposed the broken unsuccessful approach to commercializing energy innovations during her presentation RE-IMAGINING THE PATHWAY TO MARKET. Sharing her team’s intentions to address systemic flaws, DOE aims to create a more robust and attractive commercial avenue for all energy stakeholders.

To begin, Dr. Wolfson invited the audience to view the role of DOE differently. When considering the commercialization strategy for an energy innovator, Dr. Wolfson highlighted “a more fundamental problem at play.”

Traditionally a business/person with a great idea (innovator) receives funding (capital providers) to build a prototype (physical resources) to offer to customers (market/industry). The cleantech space is astonishingly aware of the pitfalls inherent to the conventional road to commercialization.

DOE intends to offer the energy sector a fundamental solution by “building a more efficient pathway.”

Challenges that are “identifiable and solvable” can and are being addressed by Dr. Wolfson’s team. The solution is modeled after other industries that had been challenged with the same systemic flaws in the ‘how’ to bring new ideas to market.

As DOE’s narrative has changed from “provide additional support for energy technologies” to “build a better, more efficient pathway,” Dr. Wolfson’s team is empowered to impact the innovator’s road to commercialization.

Dr. Wolfson’s passion for her work was clear to the audience, concluding her presentation with a call-to-action; “Change the game.” She encourages energy industry trailblazers to offer solid ideas to fundamentally change the ‘how’ on the road to commercializing clean technologies.

Together we can create an “efficient, high-functioning, interconnected” group of stakeholders that foster the success of energy innovators throughout America. Thank you, Dr. Wolfson; on behalf of CleanTech Alliance members and participants of the 2017 CleanTech Innovation Showcase, we are inspired!

Jody Rudd Wilson develops, engages and connects the global community of energy stakeholders. Hailing from the upstream energy sector in Canada, Jody is a keen advocate for the next energy economy. Now calling the U.S. Pacific Northwest home, Jody holds an MBA in Global Energy and has toured countries such as Saudi, India, Australia, Switzerland and the UK in pursuit of her industry knowledge. Jody’s experience, expertise and education in and for our energy sector continues to give rise to successful people, healthy profits and a happy planet. Jody is married with three kids and a shelter mutt.