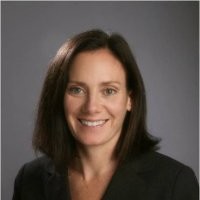 Previously, Susan held a series of positions within Boeing including policy and state and local government relations roles where she developed company positions on public policy and represented the company in Olympia, WA.  She joined Boeing in 1999 as manager of Legislative Affairs in Washington, DC, lobbying Members of Congress on international trade issues.

Prior to joining Boeing, Susan worked for six years as a legislative aide on Capitol Hill focusing on international trade and defense policy.