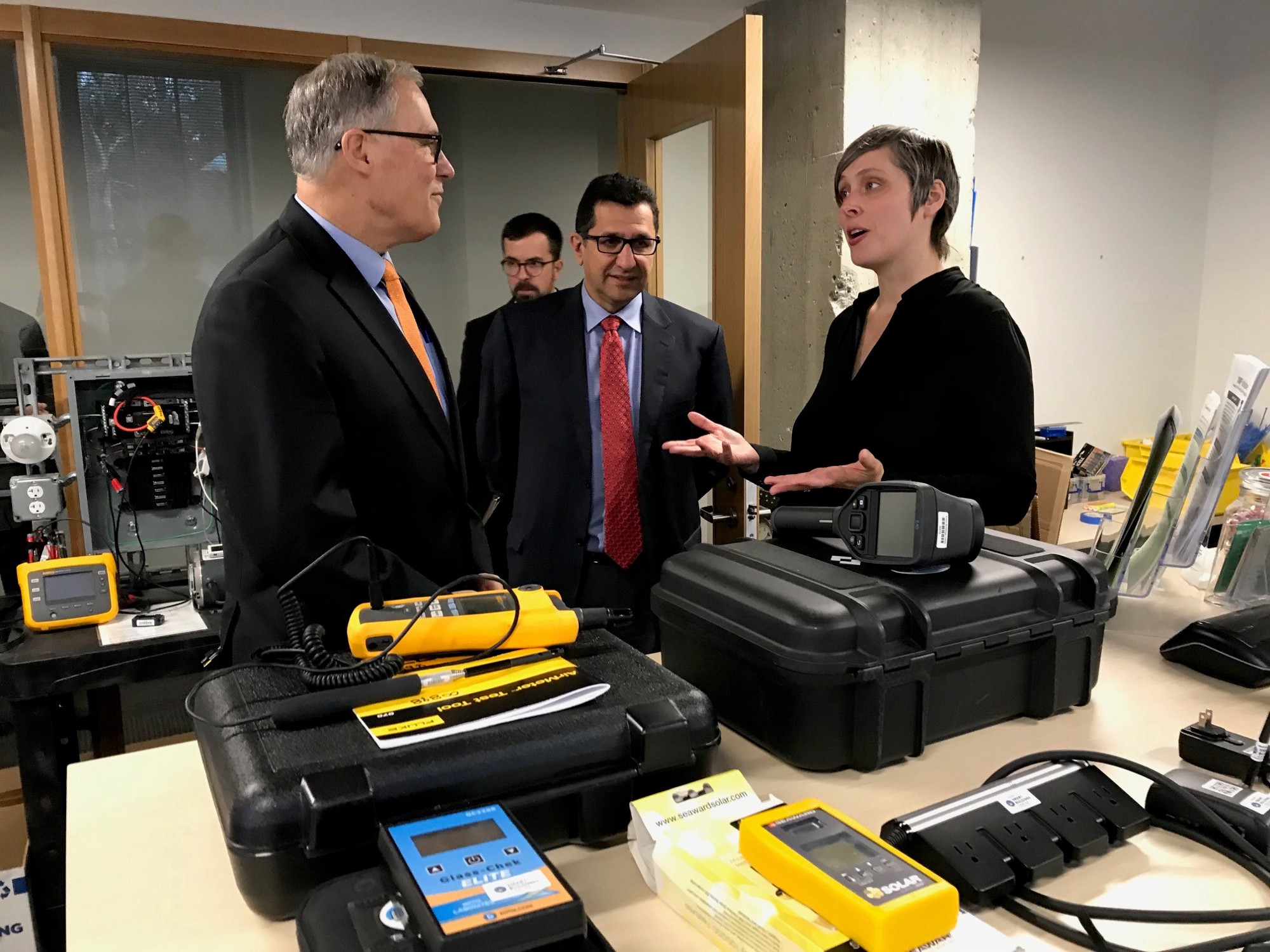 Gov. Jay Inslee was joined today by Democratic legislators and climate action supporters to unveil a plan that would launch a dramatic reduction of Washington state’s greenhouse gas emissions over the next 15 years.

The proposal would accelerate the innovation and efforts already underway across the economy to transition to 100% clean energy, construct ultra-efficient buildings, establish a clean fuel standard, electrify the state’s transportation system and phase down super-pollutants in certain products. Combined, the policies would reduce greenhouse gas emissions in Washington state to 25 percent below 1990 levels by 2035.

“We know what it will take to combat climate change and we should be confident in our ability to invent, create and build the technologies that will lead us to a healthier and more secure carbon-free future,” Inslee said. “Washingtonians are ready to see their elected leaders step up to prevent further harm to our forests, our air and our communities. These are enormous steps forward in our effort to save our state and our planet.”

Bold action at all levels of government around the world is necessary to avoid the 2.7-degree global temperature increase scientists predict will happen within the next 20 years. The most recent climate assessment by the UN Intergovernmental Panel on Climate Change warns the climate is warming faster and with more dire consequences than previously predicted.

More on the governor’s plan here.