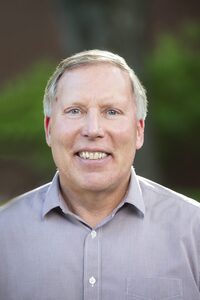 Craig Husa leads strategy and business development for Lockheed Martin Energy.  LM Energy is the maker of the GridStar Flow Battery (GSF), a 6 to 12+ hour, 1 to 100+MW energy storage system.  GSF is a proprietary combination of earth-abundant metals and commodity chemicals that are non-toxic, non-corrosive, and non-flammable.

Previously, Craig has served as a senior leader in multiple innovative, high growth companies in a broad range of industries including energy, clean tech, cybersecurity, and industrial tech.  He has been a leader and/or advisor to Vizi Metering, Alumia, Impact Bioenergy, NODE, and SuperCritical Technologies.  He was CEO of 3TIER (acquired by Vaisala, NASDAQ OMX Helsinki), a weather analytics platform that forecast for over 45,000 MW of wind capacity and assisted in securing over $8.0 billion in financing for utility-scale wind and solar facilities on six continents. Craig was also CEO of General Software (acquired by Phoenix Technologies Ltd, NASDAQ: PTEC), and Healia (acquired by Meredith Corporation, NYSE: MDP). Earlier in his career, he founded CourtLink Corporation (acquired by LexisNexis) and served in the U.S. Navy as a submarine officer.

Craig earned an MBA from Harvard Business School and a BS in Systems Engineering from the US Naval Academy.