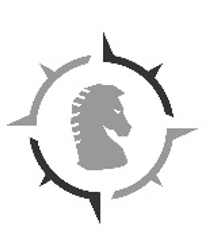 We are now four weeks into session with only five more weeks to go. Thursday, February 3rd was the House of Origin Policy Committee cutoff – where all bills needed to be out of their original policy committee in order to stay alive this session. Following Thursday’s cutoff, the focus has now shifted to fiscal committees as we approach the House of Origin Fiscal Committee cutoff on Monday, February 7th. Fiscal committees are meeting over the weekend to hear and take action on bills before Monday.

House and Senate Democratic leaders came together for their weekly media availability on Monday, January 31st  to discuss the 2022 legislative session and take questions from reporters. On Wednesday, House and Senate Republican leadership came together for their weekly media availability where they discussed a recent data incident and answered questions from reporters. On Thursday, February 3rd, House Minority Leader J.T. Wilcox discussed his top priorities; the Chair of the House Education Committee Rep. Santos and Ranking Member Rep. Ybarra discuss K-12 education priorities. You can watch that interview here.

This week, the Senate Ways and Means Committee held a work session where the  bipartisan Tax Structure Work Group reported their findings on Washington’s tax structure (watch that here). To learn more about the workgroup, click here. The Ways and Means Committee also held a public hearing on SB 5426 which establishes a 1% wealth tax on intangible financial assets of more than $1 billion.

On Wednesday afternoon both House and Senate took action on the floor to pass bills out of their respective chambers.  On Wednesday, the House unanimously passed HB 1957 sponsored by Rep. Alicia Rule (D-42), which will create a program to assist small businesses after a natural disaster. The Senate passed SB 5615  sponsored by Sen. John Lovick (D-40), which will declare pickleball as the Washington state sport.

Priority bills continue to move quickly through the legislative process, including two bills that clarify sections of the police reform package that passed in 2021. HB 1719 sponsored by Rep. Bronoske (D-38) clarifies that the prohibition on .50 caliber weapons and HB 1735 sponsored by Rep. Jesse Johnson (D-30) clarifies peace officers can use force in behavioral health and other related circumstances both passed the House last week and have already been scheduled for public hearing in the Senate Law and Justice Committee on Thursday, February 8th.

Two bills related to the Governor’s emergency powers saw action this week. First the House State Government and Tribal Relations Committee heard HB 1772 sponsored by Rep. Corry which increases legislative involvement in the gubernatorial emergency powers. In the Senate a similar bill, SB 5909, sponsored by Sen. Emily Randall (D-26) passed out of committee on Wednesday, February 2nd with a near unanimous vote.

Following the fiscal cutoff both chambers will head to the floor to pass bills until the House of Origin cutoff on February 15th. We expect the House and Senate Transportation Chairs to release a package sometime next week and then hold a hearing soon after. We also expect to see House and Senate supplemental budget proposals the week of February 21st.

This legislation, sponsored by Senator Carlyle, establishes the Office of Renewable Fuels as well as the Renewable Fuels Accelerator Account.  It also aims to assist in securing federal funding for clean hydrogen in our state, and authorizes municipal and public utility districts to produce, use, sell, and distribute renewable and electrolytic hydrogen.  After passing the Senate Environment, Energy & Technology Committee with a do pass recommendation on Wednesday, February 2nd, public hearing was held in the Senate Ways & Means Committee on Saturday, February 5th.  Executive action is scheduled for Monday, February 7th.

This legislation, sponsored by Representative Harris-Talley, intends to create a stewardship program around batteries and guidelines around disposal.  During executive session in the House Environment & Energy Committee on Thursday, February 3rd, the bill received a do pass recommendation on the 1st substitute, and was referred to the House Appropriations Committee.  Public hearing was held there on Saturday, February 5th, and executive session is scheduled for Monday, February 7th.

The Senate Environment, Energy & Technology Committee gave a do pass recommendation on the proposed 1st substitute on Wednesday, February 2nd.  The bill has now been referred to the Senate Ways & Means Committee, with public hearing held on Friday, February 4th.  Executive session is scheduled for Monday, February 7th.